a. The SOS Coalition in Support of Public Broadcasting (SOS) notes and appreciates the opportunity
to present its views on the above-mentioned process, currently being undertaken by the Parliamentary Portfolio Committee on Communications and Digital Technologies (“the Committee”). SOS trusts that the Committee will consider these submissions carefully in the public interest and having regard to the crises that have historically plagued the public broadcaster, the South African Broadcasting Corporation (“the SABC”) and given the imperative of ensuring the continuation of the excellent work of the current Board and management in bringing about both financial and corporate governance stability at the SABC.

c. SOS campaigns for an independent and effective public broadcaster. We engage with policymakers, regulators, and lawmakers to secure changes that will promote citizen-friendly policy, legislative and regulatory changes to broadcasting and its associated sectors.

d. As part of its lobbying work the Coalition writes letters, submissions, commissions research, engages the media, organises public meetings and, where appropriate, mounts pickets and protests. Our contributions in advocating for a public-interest- focused public broadcaster have been recognised by the broadcasting sector, the media, the courts, and Parliament as being immensely valuable.

a. SOS is extremely concerned that the CV’s of the shortlisted candidates were made publicly available only on Friday 9 September 2022. This effectively afforded members of the public effectively less than two working days to consider the implications of same when commenting on the Committee’s shortlist of candidates prior to the commencement of the interview process on Tuesday 13 September 2022.

b. The Broadcasting Act, 1999 (the Broadcasting Act) requires the Committee to engage in an open and transparent process characterised by public participation and the failure to provide the CVs to the public timeously does not evidence such a commitment.

c. In future, the public must be afforded at least 14 working days within which to make written submissions on shortlisted candidates before the interviews proceed.

3. OVERALL CONCERNS REGARDING THE UNDUE POLITICISATION OF THE SHORTLIST OF CANDIDATES

a. SOS understands that the short list of candidates was drawn up essentially by a process of considering those candidates that were shortlisted by most of the political parties with representation on the Committee.

b. SOS is extremely concerned about this from a public policy and process point of view

c. While shortlisting candidates that have found favour with all political parties might seem like a way of reducing political horse-trading as much as possible it does little to ensure that the people with the right skills, experience and other qualifications as required in terms of section 13(4) of the Broadcasting Act are in fact short-listed and appointed as non-executive Directors of the SABC, the Board of which is required to be independent.

d. In the circumstances, SOS is of the view is that the correct process would be for political parties to propose nominees to be shortlisted based on specified skills and expertise and not simply that they have found favour with one or more political parties. None of the candidates shortlisted have any publicly available justification or motivation for their shortlisting by the Committee, something that SOS finds extremely problematic.

4. SPECIFIC CONCERNS REGARDING CERTAIN OF THE SHORTLISTED CANDIDATES

a. SOS supports the proposed appointment of all of the existing Board members onto the Board as being essential to the continuation of the good work that has been commenced by the previous Board and in the interests of organizational stability, with two glaring exceptions: Ms Mamodupi Mohlala-Mulaudzi and Mr Kgalema Mohuba.

b. Frankly, Ms Mohlala-Mulaudzi has a troubled history of causing organisational chaos wherever she is deployed:

SOS submits that it is absolutely inconceivable that any party saw fit to shortlist Ms Mohlala- Mulaudzi and that the Committee has done so.

c. The SOS also has serious concerns about the shortlisting of Mr Kgalema Mohuba and wonders how such a shortlisting could have been made. Mr Mohuba is a current SABC Board member and it was during his tenure as a Board member that the scandal over his doctoral degree first came to light. It was alleged that he hired two Zimbabweans to write his thesis and the University of Limpopo of which he was the spokesperson at the time, refused to award him the degree https://teeveetee.blogspot.com/2018/04/yet-another-sabc-board-member-engulfed.html. The matter went to the High Court which sided with the University of Limpopo (http://www.saflii.org.za/za/cases/ZALMPPHC/2021/78.html). To reiterate, it is inconceivable that a person with such clear integrity issues be appointed, to act in the public interest, to the Board of a public broadcaster.

d. SOS is also concerned at the shortlisting of Ms Nomvuyiso Batyi. SOS wishes to stress that it is of the view that, at any other time, Ms Batyi would make an outstanding SABC board candidate as a result of her qualifications, experience and her fair and considered approach to regulating in the public interest. However, Ms Batyi enjoys full time employment as the CEO of the Association of Communications and Technology (ACT) an organisation that “aims to look after the interests of Africa’s major telecommunications operators” (https://mybroadband.co.za/news/telecoms/456229-south-african-network-operators-and- minister-launch-the-association-of-communications-and-technology.html). In this regard:

e. Lastly, the SOS also has serious concerns regarding the shortlisting of Ms Thandeka Gqubule-Mbeki. SOS recognises the enormous historical contribution made by Ms Gqubule-Mbeki not only to the struggle for political emancipation in South Africa but also specifically to the cause of freedom of expression and freedom of the press, in her journalism career at, among others, the Weekly Mail (as the Mail & Guardian was then known) and at the SABC. SOS admired and supported Ms Gqubule-Mbeki and the other members of the so-called SABC 8 in their unfair dismissal proceedings during the tenure of former COO Mr Hlaudi Motsoeneng. However:

As a result of the Committee’s shortlisting of the above compromised SABC Board candidates, SOS hereby gives notice that it reserves its right to act in the public interest (the fact that it does so has been recognised by the Constitutional Court https://collections.concourt.org.za/bitstream/id/61394/CCT%2089-22%20and%20CCT%2092- 22%20etv%20and%20Others%20v%20Minister%20of%20Communications%20and%20Others.pdf (at paragraph [102] of the judgment) to bring urgent legal proceedings to interdict Parliament from recommending any of the above shortlisted candidates (subject to the conditions suggested above for the appointment of Ms Batyi) for appointment by the President, should it become clear that the Committee intends to recommend that Parliament do so. Such a recommendation would be a violation of Parliament’s legal obligations as set out in section 13(4) of the Broadcasting Act, particularly of its obligations to ensure that members of the Board are persons who are committed to, inter alia, “accountability on the part of those holding public office”.

SOS thanks the Committee for the opportunity of commenting on its shortlist of candidates and trusts that its inputs will be considered as part of the process of finalising the Board recommendations to the President. SOS is happy to provide any further input should a member of the Committee require same. 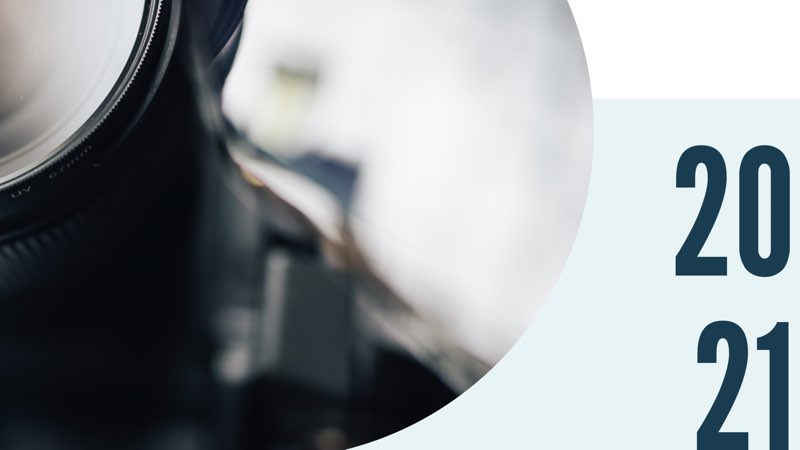