MEDIA RELEASE: State Capture and the importance of an independent SABC

MEDIA RELEASE: State Capture and the importance of an independent SABC 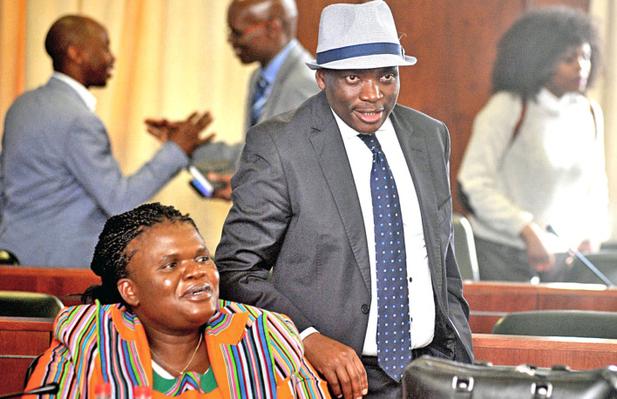 SOS welcomes news concerning the interim board’s decision to suspend James Aguma from his acting CFO position at the SABC. We believe that this move is a significant step in the restoration of the public broadcaster’s governance and financial integrity. This decision follows a call by MPs to hold Aguma accountable for his role in the SABC’s financial and other crises, as well as his deliberate and calculated efforts to mislead the board and members of parliament regarding his sanctioning of Hlaudi Motsoeneng’s illegitimate SABC press conference.

SOS also welcomes developments pertaining to Hlaudi Motsoeneng’s ongoing disciplinary process. Following his repeated attempts to stall the process and his continued disregard of due processes, we hope that Mr. Motsoeneng will allow the hearing to take place accordingly on Friday.

James Aguma and Hlaudi Motsoeneng’s behavior at the SABC can only be described as deplorable, and the antithesis of the public broadcaster’s values. The pair fostered a work environment that was hostile and provided fertile ground for acts of corruption, the sheer scale of which are being revealed to us daily.

However, Mr. Motsoeneng and Mr. Aguma’s actions are symptoms of a larger crisis of corruption without impunity that plagues our country. In this regard, we note the recent reports, in The Sunday Times and The City Press, that implicate former Communications Minister, Faith Muthambi, in the intricate web of state capture. We note the emails released over the weekend that show the inappropriate and potentially criminal relationship between Muthambi and the now infamous Gupta family. It appears that Muthambi was sharing confidential cabinet memos with the Guptas about the work of her communications ministry.

To ensure that the SABC retains its integrity and (political) independence during this critical moment and beyond, SOS recommends the following: