Submissions in respect of the parliamentary inquiry into the SABC 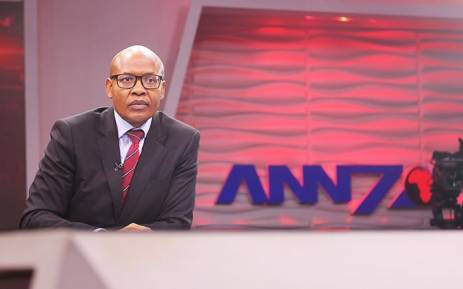 The SOS Coalition: Support Our Public Broadcaster and Media Monitoring Africa (MMA) are responding to the invitation, by ICASA, to make written submissions on any of the applications for a Commercial Free-to-Air Television Licence and Spectrum on Mux 3. We would like to outline critical concerns regarding Infinity Media’s application.

It is important to note that both SOS and MMA did not support the termination by DStv of the ANN7 contract as a news channel provider, as no substantive reasons were given for the termination. However, our unhappiness at the manner in which DStv terminated ANN7’s channel contract must not be misconstrued as providing support for Infinity Media’s application. Infinity Media’s recent history raises flags for many reasons, which we outlined in our submission to ICASA.

Given the fact that Free-to-Air television licenses are extremely infrequently granted (this will only be the second in the country’s history), and because they make use of precious public resources in the form of frequencies, we believe that it is important to apply great scrutiny to those who are to be granted such licences. This, of course, must be done in the public interest because of the national footprint available to Free-to-Air broadcasters.

In light of this, SOS and MMA believe that clear public interest concerns are raised by Infinity Media’s application and that these warrant critical assessment.

Firstly, it is important to highlight the recent scandals that have surrounded Infinity Media. The crisis of State Capture that held the attention of this country for the last year or so has effectively centred around a single family, namely the Guptas.

The Gupta family, who previously owned Infinity Media (ANN7), have not only been the subject of several international headlines but have also been embroiled in broadcasting scandals as well. Documents uncovered by Amabhungane as part of the so-called Gupta-leaks, have revealed the extent of the influence of the Guptas, and, in particular, of its channel currently broadcast on DStv, namely ANN7.

It is alleged for example, that ANN7 was in close contact with the former Minister of Communications, Faith Muthambi, with regard to the non-encryption specification for the Digital Terrestrial Television (DTT) Set-Top Boxes (STBs), a specification which went against ANC and Cabinet policy at that time.

Parliament is, as we understand it, still investigating these issues. Further, again as we understand it, ICASA has separately been requested to conduct an enquiry into the relationship between DStv and, inter alia, ANN7. It is from this context that we believe that the State Capture crises have represented the biggest political scandal since the founding of our democracy in 1994.

For this reason alone, Infinity Media’s application must be rejected.

Further, whilst the provisions regarding ownership and control of broadcasting services of the Electronics Communications Act, 2005 (ECA) do not apply to channels such as those broadcast by DStv, those provisions most certainly apply to Infinity Media now that is applying for a Free-to-Air television licence. And Infinity Media’s application itself raises substantive concerns in regard to ownership and control, which make it very difficult to conclude that Infinity Media be granted a Free-to-Air television licence by ICASA.

For instance, section of 64(1) of the ECA specifies that a foreigner may not, whether directly or indirectly, exercise control over commercial broadcasting licensee, nor have a financial interest, or an interest in doing voting shares or paid-up capital in commercial broadcasting licences exceeding 20%. Infinity Media’s application fails to set out, in detail, the history of the effective acquisition of the shares in Infinity Media by Mr Manyi, who effectively holds a 90% stake. However, media reports made it clear that the transaction (valued at R 300 million) was vendor-financed by the Gupta family. The Gupta family’s nationality, as the country is aware, has been the subject of another scandal, this time involving the Minister of Home Affairs, Malusi Gigaba, which is, in turn, the subject of yet another Parliamentary Investigation.

As such, we are of the view that ICASA must satisfy itself, through detailed scrutiny of the vendor finance contracts themselves, that the vendor-financed effective acquisition of Infinity Media by Mr Manyi has not resulted in a foreigner having a financial interest in Infinity Media exceeding 20%, as this is prohibited by section 64(1)(b) of the ECA. We are of the view that this will be exceedingly difficult for ICASA to do this, given that the nationality of the Guptas is not yet proven and the vendor financing arrangements appear to have covered at least 90% of the purchase price of the company. In this regard, we note that the ECA does not grant ICASA any powers to exempt a licensee from the provisions of section 64 of the ECA.

In addition, five of the twelve individuals listed as the senior managers  –  including key roles such as Editor, Production Head, Technical Head, Head of Sales and Marketing and Production and Quality Control  –  are foreigners. Although there is no definition of the term “control” in the ECA it is clear that, for example, that an editor would have significant control over programming decisions, and that these non-South African managers would have control over a significant proportion of operations, things that constituted examples of de facto  control over a broadcasting licensee in terms of Schedule 2 to the now-repealed Independent Broadcasting Authority Act, 1993 (a still-useful guide to examples of de facto  control, given the lack of such provisions in the ECA).

Lastly, while the ECA does not deal with the concept of “fake news,” or misinformation, in the public interest, it is important to highlight the numerous reports that have implicated Mr Manyi in the notorious Bell Pottinger disinformation / fake news campaign. This campaign was so unethical it led to Bell Pottinger’s expulsion from the UK’s Public Relations and Communications Association. These activities must be taken into account when considering Infinity Media’s application, as ICASA is required to do in terms of section 51(f) and (g) of the ECA.

From State Capture scandals to questions of foreign control,  political influence and fake news concerns which mar its key stakeholders, SOS and MMA submit that granting Infinity Media a Free-to-Air television licence would be against the public interest and that their application should, therefore, be declined.